Vetka is a unique town

Part of photos was taken from http://vetka.ucoz.ru

Vetka - a small town in the south-east of Belarus on the river Sozh.
It was founded in 1685. Here come the family of Orthodox people who did not support the church reform in Russia. The rich owner of the village Halch give refugees lands on the other side of the river Sozh. And there was a Vetka town.

Before the disaster at the Chernobyl nuclear power plant town is booming. New residents come to Vetka, new houses were built here. Immediately after the accident, nothing has changed. In official documents, town was listed uncontaminated by radiation. Only 5 years later it became known that Vetka district is the most affected areas in Belarus. Over the next year, the population of Vetka halved. People went out of town and wanted to go as far as possible from the radiation. Now the population of Vetka is slightly less than 8000 people.There is a weaving factory, which does not work well. Many people goes to work in Gomel (it's very easy because the Gomel and Vetka divides only 15 kilometers). Many things remind of the past life of the city. The main square in Vetka called Red Square (as in Moscow).
The buildings around the square were built in the 70-80 years of the 20th century. 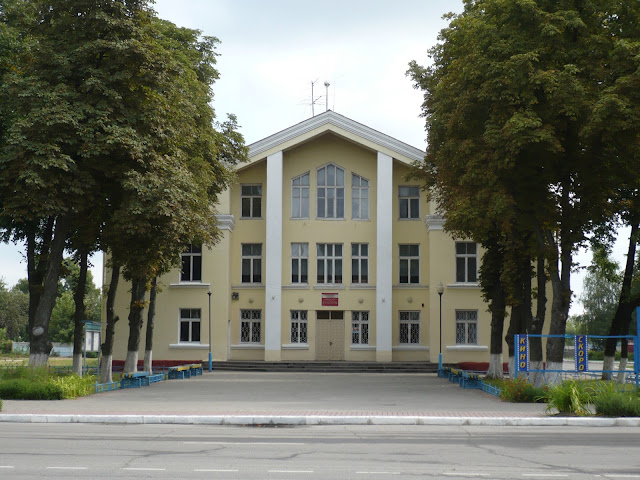 Most of the buildings in the town of one-story. But there is a five-story skyscrapers. There are many attractions in the capital of Belarus. National Library is one of the most visited places in the capital. Undoubtedly, the library attracts attention with its shape. Officially, this form of the building is called "rombokubooktaedr" and consists of 18 squares and 8 triangles. But everyone calls the library "diamond" or "diamond". The money for the construction of the library were collected from all over the country. Notable is the fact that the National Library of Belarus is seen at night from space, as the it is equipped with a unique lighting. Colors and patterns are changing its glow every second . It's very beautiful. There is an observation deck on the top floor of the library. From it you can see the entire Minsk.

Francis Skaryna monument stands near the building of the library. Skaryna is the first in Eastern Europe printer. 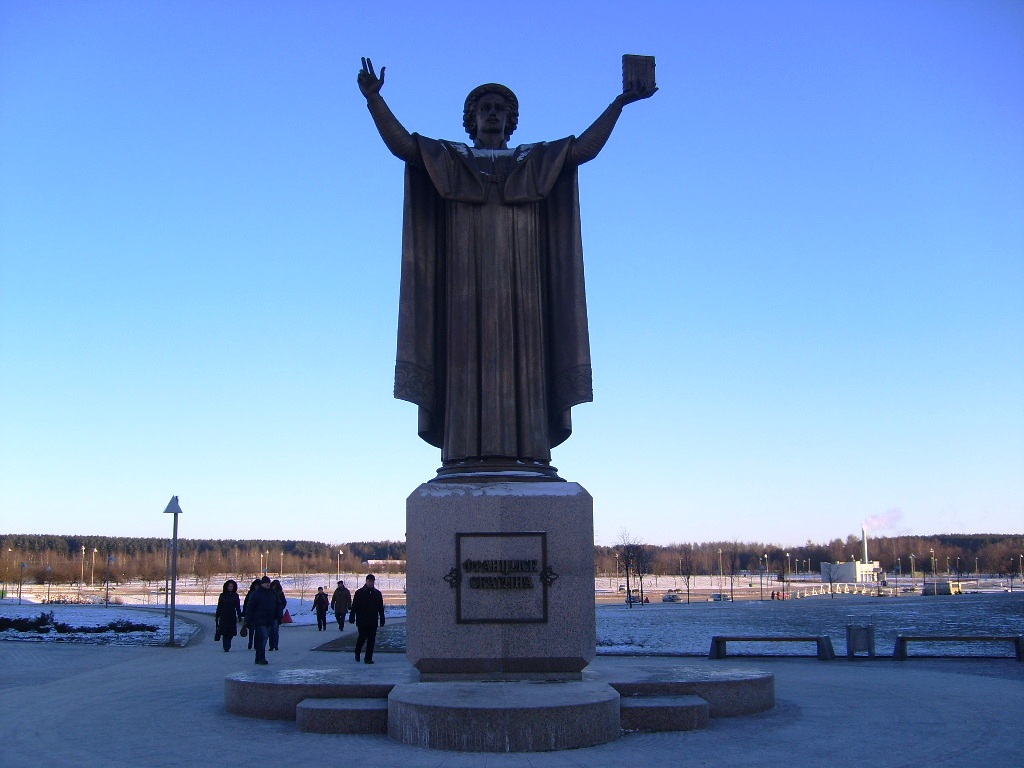 The entrance to the library is free. But you can only go into the hall and visit the gift shop. If you want to fully explore the library building, you have to pay for the tour. To do this, you need to call in a few days before the sightseeing. The minimum number of people for tours is 6, maximum is 15.
There are 2 types of tours:
There is a possibility of excursion in Russian, Belarusian and English.
Guided tour in English - 207 000 for group. Many people say that the rich people have a large library. Looking at the National Library of Belarus, I can say that the Belarusians is truly rich. Spiritually. And we are ready to share this wealth with anyone who decides to visit Belarus.

Part of the photos taken from the site kufar.by
Belarusians still divide their country into two parts: the western and eastern. It has a historical background. In 1918, Lenin signed the Treaty of Riga, and half of the territory of modern Belarus was transferred to Poland. Only in 1939, East and West become one of Belarus.
The events of the past affect the present. This is evident, for example, in a general form of the Belarusian village.

I'll show you pictures of the western and eastern Belarusian villages.
I was born in the west of Belarus.

In this part of the country in the village you will feel the real freedom. Houses are parallel to the road, there is a symbolic fences. Around the house often grow flowers that are visible to everyone. 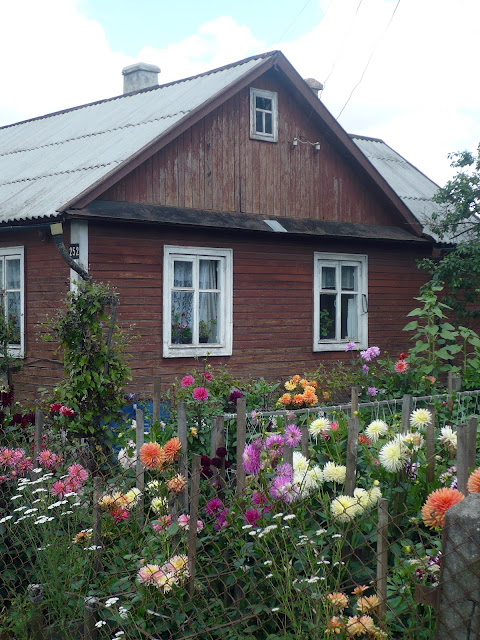 In the fence there is a small gate. Track starts at the gate and leads to the house. The grass always grows in the yard. Farm buildings in Western Belarus are far apart from each other.

The tragedy of Khatyn

You will not find this small Belorussian village on any of the most detailed geographic map today. It was destroyed by  fascists in spring in 1943.

The massacre occurred on March 22, 1943. Brutal fascists rushed into the village and encircled it. The inhabitants of the village did not know anything about the fact that in the morning a fascist motor convoy was attacked by fire on a motorway just 6 km away from Khatyn. As a result a German officer was killed. The inhabitants of Khatyn were innocent, however their death sentence had already been pronounced. All of them — young and old, women and kids  were driven from their houses out into the shed. The fascists roused the sick from their beds with rifle butts. They had mercy neither for the old nor for women with infants in their arms.
Entire population of the village - 149 people, including 75 children- was gathered in a single wooden barn. Those who tried to escape from the fire were shot. And even large families with children 7 and 9 died in the fire together.
In the living there were only 6 people: 56-year-old Joseph Kaminski and 5 children. A villager by the name of Iotko also died. He was severely burned in punitive and asked him to shoot, because he could not endure excruciating pain. The Nazis just smiled back at him and said, "Why should we waste ammo, you're still going to die like a dog." And so it happened - he died a few days.

Overall every forth Belarusian has perished during WWII - 2.2 million people, including 380,000 deported to Germany as laborers. 209 cities and townships and 9,200 villages had been destroyed in Belarus during WWII. The pre-WWII population of Belarus was only re-established in 1971. Every tourist in Belarus is striken by a number of WWII memorials. Peace is the highest and the most prescious quality of life that Belarusians cherrish. Not a single ethnical conflict has broken out in Belarus during the volatile post-USSR years. It is because Belarusians KNOW that any solution is better than the horror of war.

In January 1966 the authorities had taken reshnie the creation of the memorial complex "Khatyn." Architect Levin created this sad place of memory.

If you want to visit Khatyn, you need to drive to the north of Minsk. 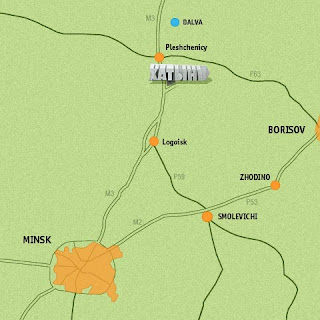 I think that a pointer to the Khatyn you will not miss. On the way, you have to drive another few miles. 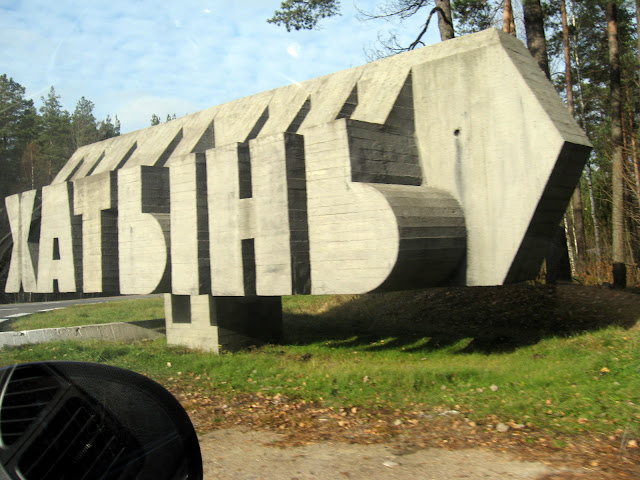 Khatyn - very dark and scary place. Symbolic chimneys with bells on top are there. bells ring every 30 seconds (24/7, at any time of the year).This creates a very tense atmosphere. 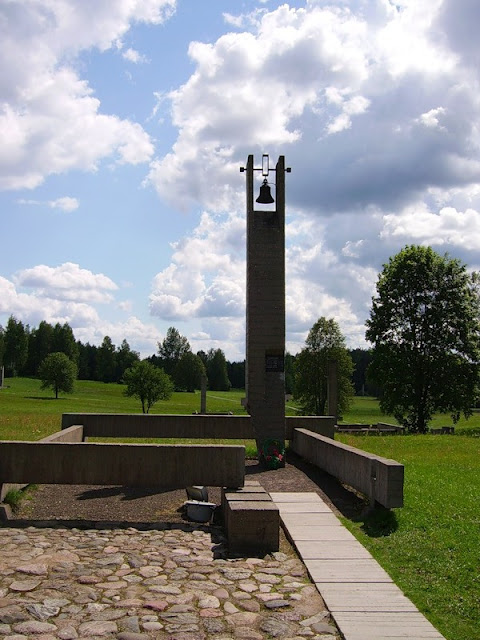 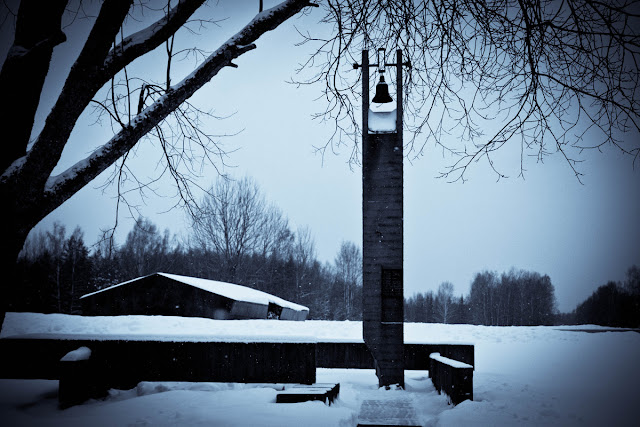 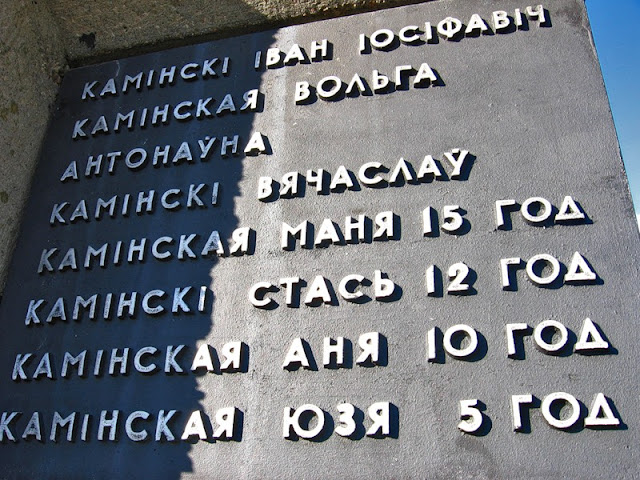 This is an ordinary village school, there are many such schools in our country. And at the same time, it is unique. This is the best school in the Vetka District (the best in computer technology).

The school building is small, one-story. It looks like the letter L, in which both sides are equally long. And the school does not have a dining room, there is no sport class, there is no the studio, no assembly hall. Because our school is celebrating his birthday this year - 100 years old. But you never say that the school is a respectable lady, it looks like a young girl. 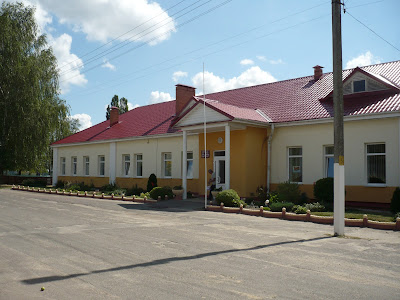 Food is brought from the Vetka three times a day. Children eat in a designated class. 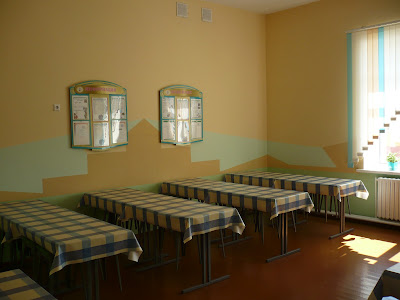 All events are held in the corridor, it is wide enough.

July 21 and 22 in my town was a holiday. The city turned 725 years old.
I suggest you look at the pictures, which I did on this holiday. 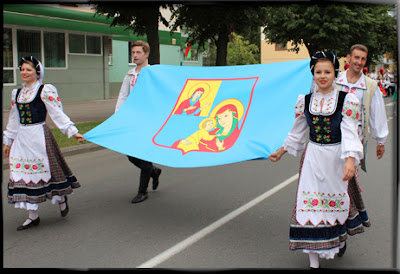 The city center was decorated with colorful flags. 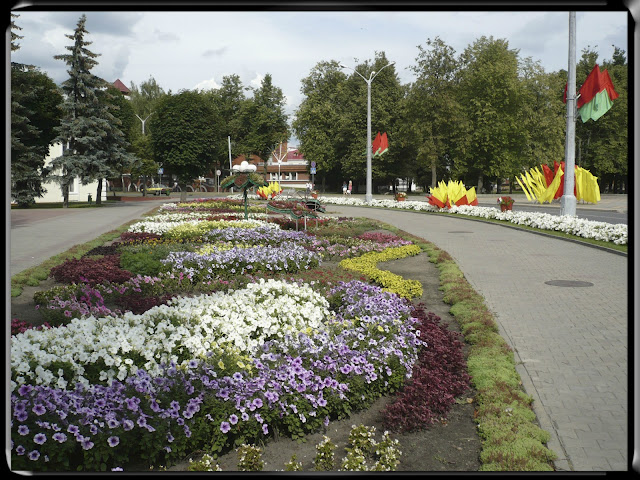 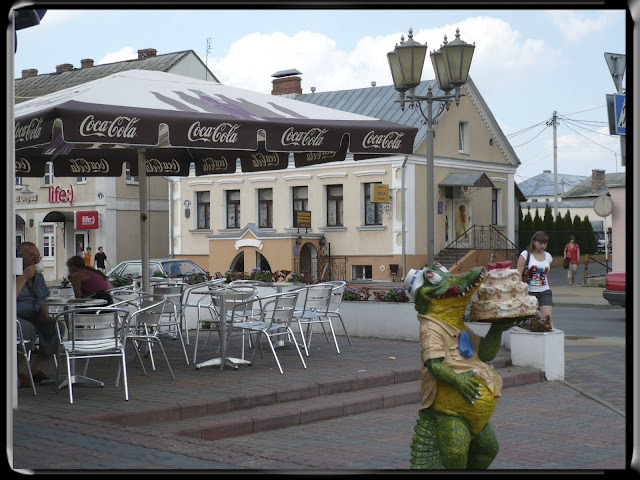