May Easter Day Brings
Lot of Happiness And joy in your life
May you live long life
And Easter Day comes in your life hundred times
Wish you and your family a very fun filled Easter!

Snow in Belarus. Again. And again

Maybe spring will not come?

I often think about this in recent days. Today snowstorm again circled over Gomel. I do not take pictures, because the wind was very strong.

I want spring, I want a warm spring day, I want to see the flowering trees. But winter does not leave Belarus. She decided to stay in my country. Forever.

I have a very sad mood. I'm tired of the snow, from blizzards, I'm tired to fall in drifts.

By the way, so cold and snowy spring has not been detected over the past 60 years!!!

I just took this picture from the window of my apartment. You can see the dense carpet of snow on the ground. Queen of Winter does not want to take her position.((( I apologize for the picture quality. 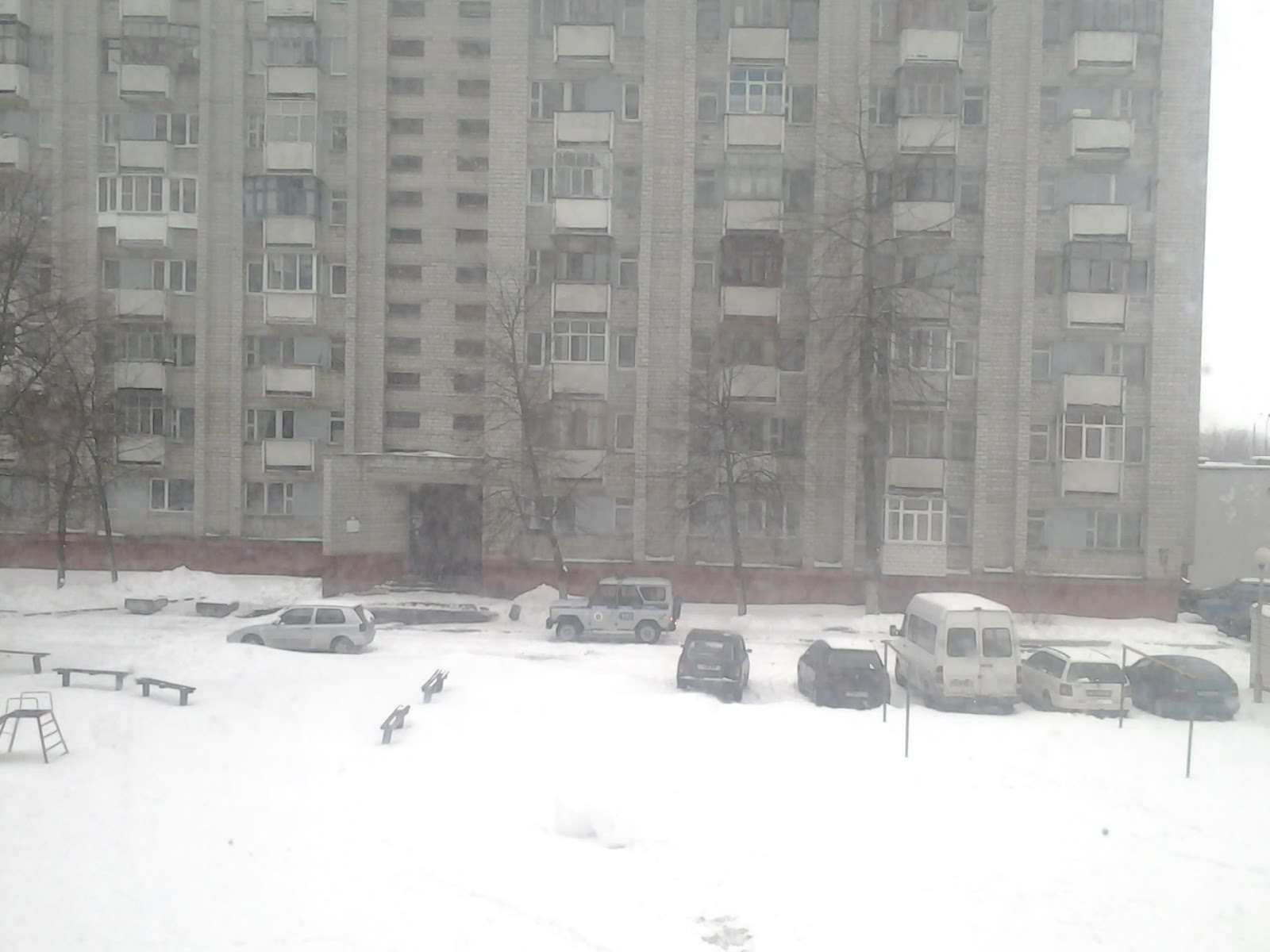 I believe that the spring is that it exists somewhere! She just forgot about Belarus. One day she will remember us and ashamed. ))

I continue to invite you on a tour of Gomel streets. At this time you can walk down the Pobeda (Victory) Street. It is interesting that the two lanes of traffic are separated by a walkway and gardens. Young mothers walk on the street in summer, young people sit on the benches, children feed pigeons. 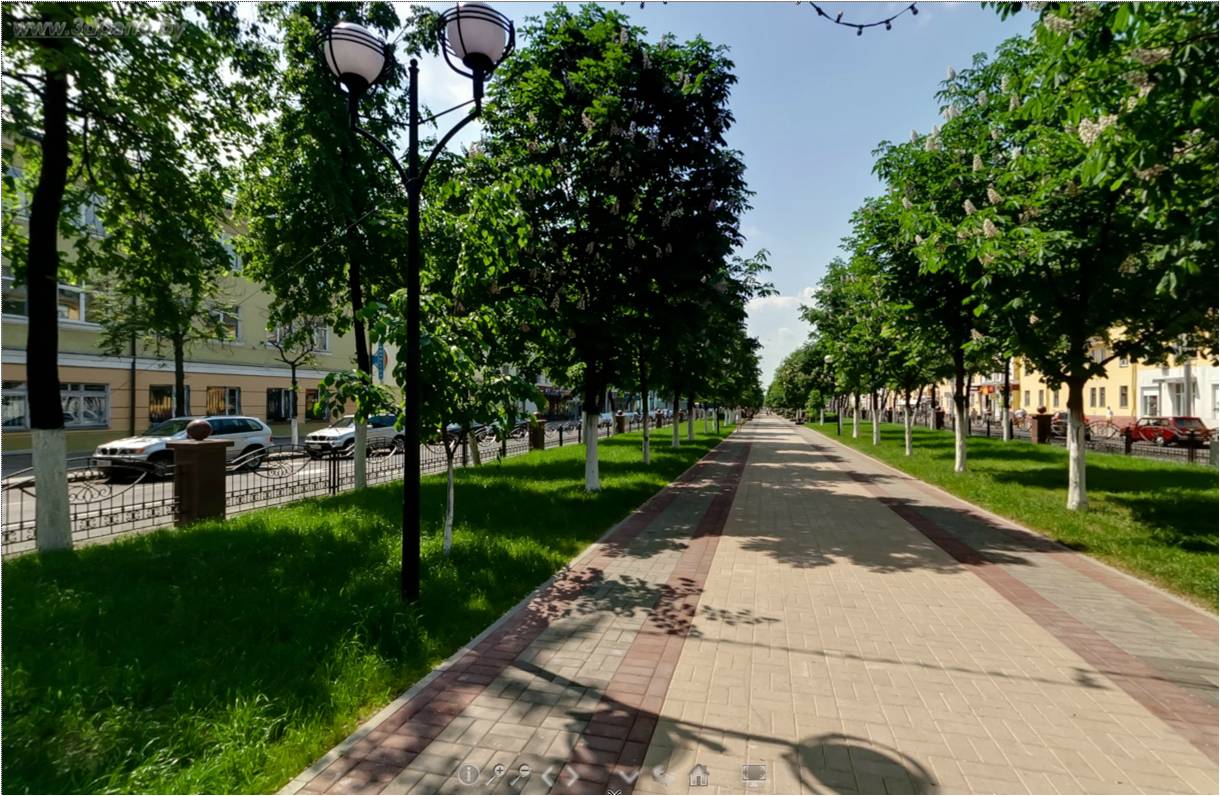 Urban life is boiling on both sides of the park but silence reigns in the center of the Pobeda Street.
Автор: Migalayte на 22:25 1 comment:

I suggest you make a trip to the Belarusian city of Gomel. You'll see my city through the eyes of talented photographers. These young people have created a website "Spherical photos Gomel." Today I offer you a few panoramas of the city.

In the first panorama you can enable / disable the sound, select the time of day. I like evening Gomel: it is the city of fairy tales.

To go to the panorama, click on the photo below.You will be taken on Lenin Avenue, this is one of the main streets of Gomel. Belarusian rapper Seryoga sings song "Near your house". He was born and grew up in Gomel. 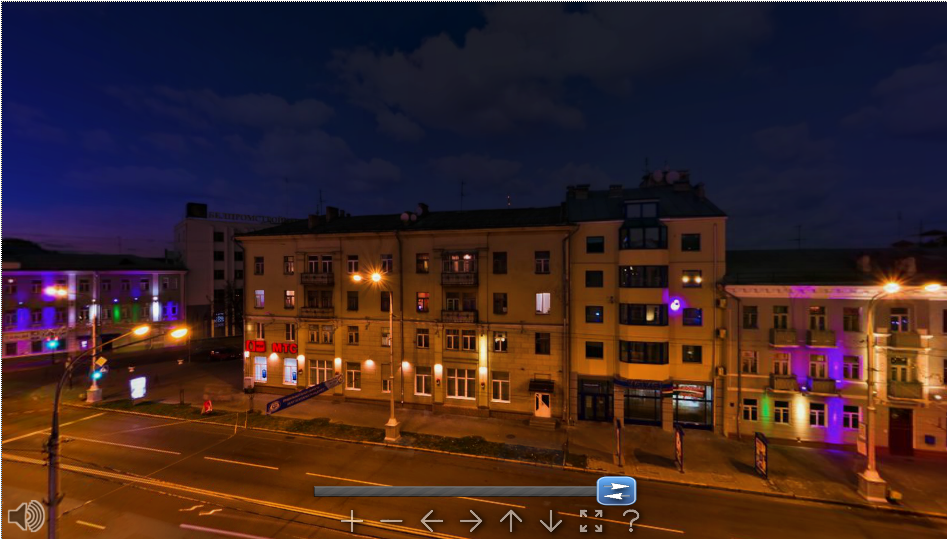 Even the Vatican people play "World of Tanks"

World of Tanks is a massively multiplayer online game developed by Belarusian company Wargaming.net featuring mid-20th century era fighting vehicles. It is built upon a freemium business model where participants have the option of paying a small fee to advance at an accelerated rate. The focus is on player vs. player gameplay with each player controlling a tank or armored vehicle. World of Tanks debuted as an eSports game at the World Cyber Games 2012. 
The holiday is in Belarus today. Freedom Day. Belarusian People's Republic (BPR) was founded on 25 March 1918. It was the first independent Belarusian state. Unfortunately, this unofficial holiday. Authorities do not recognize Freedom Day, the opposition parties hold rallies. Maybe people should just be happy and not be involved in politics?

Hurricane Javier left Belarus. We were delighted and began to wait for spring to come. But we were wrong.Blizzard began yesterday. I went home. Wind increased, the snow began to fall, it was cold. Land became white in a few minutes. At night I could hear the windshield wipers to clear snow.

I drank tea and looked out the window. I saw a woman, she was clearing snow in the strong gusts of wind.
The work was in vain: the wind returned back snow, throwing it into the woman's face.

I found it difficult to get to work: all the roads were covered with snow. But the hardest part was yet to come. I have reached to the village, got off the bus and bent by a strong wind. He ripped off my hood, threw prickly snow in his face. It was very hard to go under counter wind. It seemed that the village had died, I did not meet anyone.

Later I went with colleagues at the bus stop. We called the bus station to see if the bus comes. Sweet girl assured us that transport is excellent. We stood at the bus stop for more than forty minutes. No bus had passed by us. My colleague called to the bus station again. The same sweet girl reported that the bus broke down.
But heaven heard us: in five minutes a small bus pulled up beside us.  A young man offered to drive us to Gomel. We offered money, but the man  refused. He took us to the  center of Gomel. He said that a week ago he was in Minsk. He was in the center of the hurricane, his car broke down. Unknown girl ride it all the way home. He did not know her name, did not know how to thank her. Seeing us, freezing at the bus stop, he realized that he could repay the stranger.

Now I'm at home, I drink hot tea and remember our savior. I do not know his name, but I remember this man.

70 years have passed since that terrible day when the village Khatyn was burned (03/22/1943). Several people were saved then. Now they are dead. But the pain of the people will never cease.

I don't want to write anything, I have no words to describe my feelings. Therefore, this post will be short.
Автор: Migalayte на 18:18 No comments:

I was at home yesterday, I did not go to work: all classes bylі canceled. Hurricane Javier came to Belarus.

My parents live in Kobrin, is in the south-west of the country, near Warsaw. My father told terrible things on the phone. He said that the wind turned the truck near Brest. Most highways were closed yesterday. People could not get home. Many drivers were not able to get to towns and stayed the night on the highway. Thank God, the volunteers got a ride victims. Website tut.by full of gratitude to the ordinary people who support each other, and helped start the car, drive home, warmed.

Rainfall was in Gomel on Friday. I soaked on the way to work. My umbrella did not protect me from the wind and rain. And puddles. Huge, broad, dark water. They hid all the irregularities of asphalt, so several times I fell into the water. My clothes were wet)), but in high school I was dry, in the classroom was warm and my spirits rose. Not for long. Two hours later the rain turned into a continuous flow of water.Now I'm home and I look out the window. The sun is shining, the grass is slightly covered with snow. I believe that the Gomel lucky. The hurricane did not touch us. A little, maybe.

But others much less fortunate. Now people across the country cope with the consequences of Hurricane.

I will post a few pictures for you to see what was happening in Belarus.

All pictures taken from the site tut.by