Blog is on vacation!

See you in August!

Email ThisBlogThis!Share to TwitterShare to FacebookShare to Pinterest
Ярлыки: summer

One of the most famous castles in Belarus, Navahrudrak Castle was one of the strongholds of the Grand Duchy of Lithuania.

As early as the 11th and 12th century the walls of the castle were repeatedly stormed by enemy troops. In the second half of the 13th century, the first tower was erected.

This tower played a major role in the fact that the Navahrudak castle was never captured by opponent troops until the war of Russia with the Polish Kingdom (1654 - 1667). Then, after a long siege, the castle was captured and destroyed.

These words had began a very well-known Belarusian song. The author of the text was the Belarusian poet Adam Rusak (in 1936). His poems have been printed in 1939 in the main Belarusian newspaper. Composer Isaac Luban wrote several versions of tunes to this text. The song soon became popular. All Belarus sang her in the fields and in the factory, in the cities and the countryside.

And then there was confusion. The Russian newspaper reprinted the poems of Adam Rusak, but the newspaper made ​​a mistake: Journalist signed this text as folk song. Russian poet Mikhail Isakovsky saw the lyrics and translated it into Russian. Since then, a few years he was considered by the author. Only in 1940 Isakovsky apologized and admitted his mistake in front of the Belarusian poet.

And the song was and still is very popular. Leonid Utesov (a famous Soviet singer) performed in 1938 version of the song in Russian. The new version of the song called to drive the invaders and end the war. Now the song has really become popular: its many variants to this day can be found in different parts of Belarus. It all began with the lines, write an Adam Rusak.

Lyrics (free translation)
We wish you the best life and the rich.
But we will go to our home, house.
We spend good time in your celebration
We never not sew nothing better before this party.
Автор: Migalayte на 20:31 No comments:

Today I looked through my notes on this blog, and was surprised. I did not show you the city that fell in love with my childhood: Brest.

I correct my mistake. In this short video you can see all the major attractions including the Brest fortress.

Cornflower is a symbol of Belarus


Since ancient times, Belarusians think this blue flower symbol of happiness and longevity. 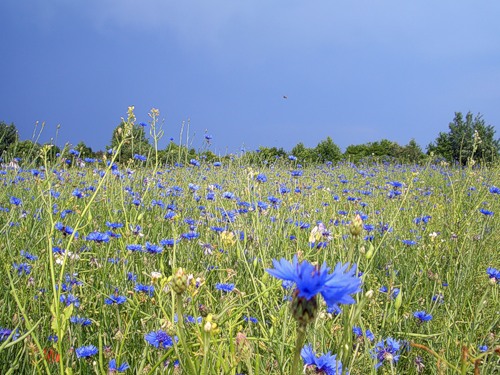 Slavic legend explains the origin of the name. One mermaid fell in love with a young man named Vasil. But he did not answer her affection and refused to follow her to the underwater kingdom.
Read more »
Автор: Migalayte на 17:03 No comments:

270 million Slavs living on the planet! Together, the Slav nations make up a large part of Europe. 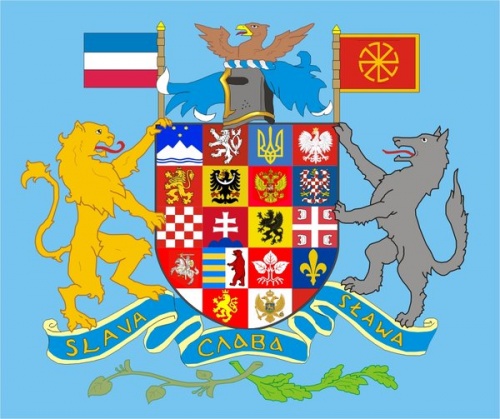 June 25 - Day of friendship and unity of the Slavs.

The most popular this holiday in Russia, Belarus and Ukraine.

My dear readers, forgive me, please! I have big problems with my computer: it is the fourth week of repairs. I replaced one part to another, but all are very bad: the computer still does not work.

I spent a lot of money for repairs. I guess I could buy them a new computer ... I'm crying from helplessness. But I hope that my suffering will end.

Now I live in my parents' house and they have a computer. So I'll try to look at this blog.

Email ThisBlogThis!Share to TwitterShare to FacebookShare to Pinterest
Ярлыки: sad

Vasil Bykov is a pain of the Belarusian people 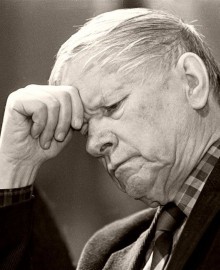 Vasil Bykov is one of the most famous Belorussian writers of the 20th century. He began to write his novels and stories about war long ago. This theme is very important for Belarus because our country suffered greatly during the Great Patriotic War of 1941 - 1945. The German fascists destroyed many Belorussian cities, towns, villages and every fourth Belorussian lost his life. Vasil Bykov was only 17 when the war began. In 1941 the young man was studying at a military school. After that he went to the front as a young officer. He served in infantry and artillery, was badly wounded and spent a long time in hospitals. He knew very well how hard it was at the front. And he hated war.

Bykov's stories are not romantic. They are often tragic, most of his heroes die. He described war as a realistic writer. He thinks that war is a test for every person. One man becomes a hero, another may become a coward or even - a traitor. Only those who are strong in spirit win.

Many of Bykov's heroes are partisans. The theme of partisans is in the center of such stories as "The Obelisk", "Sotnikov", "The Wolves' Pack" and some others. The stories by Bykov are popular not only in Belarus but in other contries as well. Lots of people from Great Britain and other European countries read his stories in translation. V. Bykov is a well-known writer in the world. His readers know him as a man, whose ideals are truth, bravery and kindness.

The last years of his life the writer spent abroad. He has lived in Finland, Germany, the Czech Republic. Bykov came home a few days before his death. Official Minsk expressed his condolences and offered burying him under the shots of soldiers. The authorities were not allowed to hold people's funerals. But the son of Vasil Bykov did not allow representatives of the Minsk authorities in their home. Friends of the writer decided to abandon the officialdom.

More than 40,000 people attended the funeral of the writer. People came from different place in Belarus, from other countries. They carried the writer cornflowers and daisies. Vasil Bykov's body was carried through the principal streets of Minsk. More and more people joined the procession. When drivers know about the funeral of the writer, they released a few strips along the main avenue for the people. Minsk authorities did not dare to stop them. I think it was right.

You can view the video of the funeral of the writer. You will hear the voice of Bykov. This is the last interview of the writer, in which he talks about the fate of Belarus. You will see how many people came to say goodbye to the beloved writer. Ryhor Baradulin, Belarusian poet, the best friend of Vasil Bykov, carrying the cross. It was very hard, but Ryhor Baradulin done his duty.

A lot of movies have been filmed on the books by Bykov. One of them was shot near the village Khalch (I work in it). I wanted to find films in English or with English subtitles, but I had no luck, alas.

At school, the children read the works of the writer. I propose to join us and read the story "An Unhealing Wound" This story the children read in the 8th grade. My students always worry about the fate of the protagonist and tend to add a happy ending.

Vasil Bykov is the real pain of the Belarusian people. Just imagine: only one street is named after Vasil Bykov in the whole Belarus. It is located in the small village Zhdanovichi (near Minsk).
Ordinary citizens of Belarus have many times asked to name the street in Minsk, Grodno, Gomel and other cities after the great writer, but authorities did not give consent. They say that it is needed huge funds that are not in the city budget. And at the same time, the authorities of Gomel this summer rename three streets. So city officials are afraid to name a street after Bykov.

And last year, there was an interesting incident. Typography Grodno has released a series of notebooks dedicated to Belarusian writers. In one of the notebooks was a picture of Vasil Bykov and ... his poems! Most of the country knows that Bykov have never written a poem. Funny notebook disappeared from the shelves: it instantly sold out. I believe that happy day will come some day, and Vasil Bykov will cease to be undesirable writer. And one of the main streets of the capital will be Bykov Street.
Автор: Migalayte на 13:28 No comments:

The film utilizes an observational style without voice-over and illustrates with a variety of conversations and examples the live of the population in the radioactively contaminated surrounding area of Vetka.