Yuri Vashchuk whose stage name is Teo has been confirmed as Belarus’ representative at the 2014 Eurovision Song Contest in Denmark. The composer, arranger, soloist of the National Academic Concert Orchestra of Belarus conducted by Mikhail Finberg won the national final selection round of the international song competition on 10 January, BelTA has learnt. 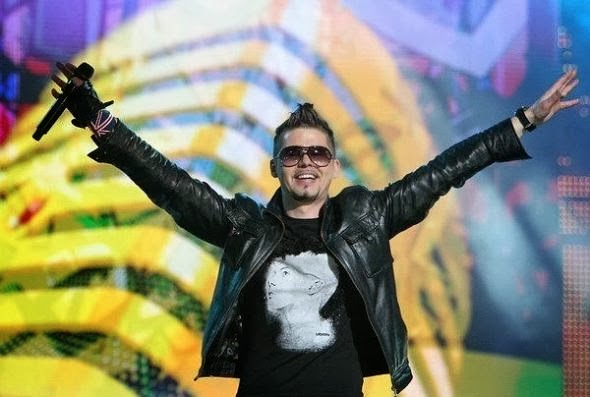 This year the final show produced some kind of an intrigue. The name of the winner should have been announced following the vote of the professional jury and TV viewers. It turned out that Teo and Max Lorens and DiDuLa duet scored 20 points each. The panel of judges decided to have another vote, between the two contestants. The jury were unanimous in supporting Teo.

At the 2014 Eurovision Song Contest Teo will be performing the song, Cheesecake.

Yuri Vashchuk was born in 1983 in Hidry village (Kobryn district). As a child he took accordion classes in the music school and was a prize-holder of the international competition Proleski. He received a musical degree in Grodno College of Arts and Belarusian State University of Culture and Arts. In 2000 Yuri Vashchuk was invited to join the National Academic Concert Orchestra of Belarus conducted by Mikhail Finberg. Yuri Vashchuk cooperates with many Belarusian and foreign performers both as an arranger and composer. He is a music co-author of two Russian films. Yuri Vashchuk is the National Music Award holder.

The 2014 Eurovision Song Contest will take place in Copenhagen, Denmark, with the semifinals scheduled for 6 and 8 May and the final show due on 10 May 2014. The slogan of this year’s contest is Join Us. Denmark hosted the song contest twice, in 1964 and 2001. Emmelie de Forest won the contest for Denmark in 2013.
Автор: Migalayte на 19:31 No comments:

I'm starting a series of articles about Belarusian musicians who are famous not only in Belarus. I will make special labels for each of the groups, so that you can easily find all publications.

Today I begin a story about a band "BI-2". The band was formed in 1985 in Minsk, Belarus by two teenagers, Aleksandr "Shura" Uman and Igor "Lyova" Bortnik, who were amateur actors. Initially the band's name was "Bratya po Oruzhiyu" (Brothers in Arms), which was formed in 1988, then "Bereg Istini" (Shore of Truth), which resulted in abbreviation BI-2. This word Lyova and Shura begun to use as their scenic names, and Shura eventually changed his passport surname to Bi-II.

Musicians became famous in 1999 in Russia. They recorded the soundtrack to the film "Brother 2". This is a cult film of Russian cinema.

I suggest you watch the 3 video of this band. The first two have English subtitles, and the third is the best video of this group, according to many musicians and fans.

This song is one of the most popular in Belarus. I think everyone in my country knows the beginning of the song and every second can sing it to the end.

The song tells about a young girl who stands near the creek. Narrow and thin boards deployed across the creek, and the water flooded them. Girl looking through the eyes of her boyfriend, but he did not come to the meeting. Then the girl scoops of fresh water from the stream and carries her boyfriend home. But the guy doesn't drink this water. He says that water is mesmerized. He recognizes the girl in love and calls her his betrothed.

But if you want to plunge into the atmosphere of folklore and ethnically closer to the Belarusian people, then see this video. Ordinary Belarusian women sing a song for the guests of the village.

In fact, this song has a fast tempo, and classical performance you can see in this video. As you can see the same song can be played in different ways. I hope you enjoy the versions of this folk song.

And finally. Two ordinary men perform the song at their home. YOU MUST SEE THIS VIDEO! Men sang very positive and fun. Believe me you will smile when you'll hear this variation of song))) And I think that this variation is the best of all!!!
Автор: Migalayte на 00:24 4 comments: 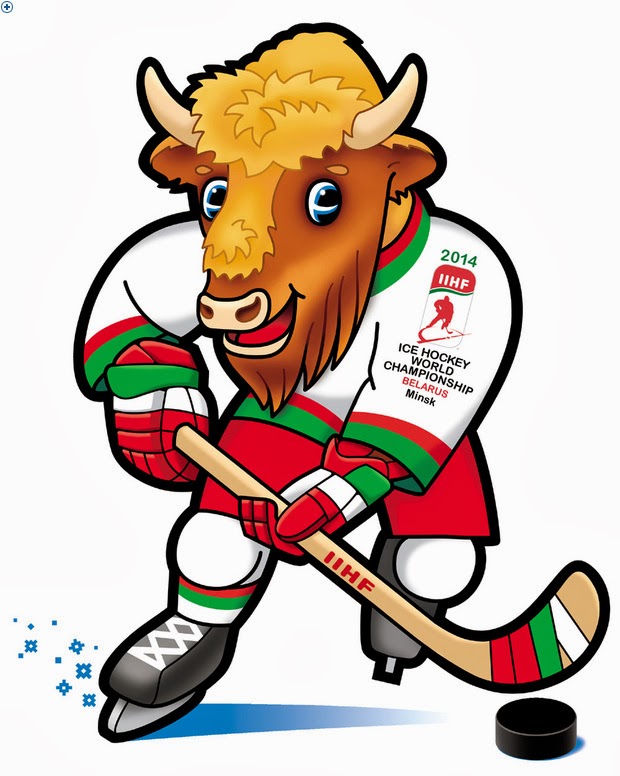 As you know, Minsk, the capital of Belarus, will host the 2014 IIHF World Championship.

Belarus got 75 votes in the race for hosting the 2014 IIHF World Championship at the Annual Congress of the International Ice Hockey Federation in Bern and beat the other candidates - Hungary (24 votes), Latvia (3) and Ukraine (3).

The budget of the organizing committee is €11.4 million.

Time frame for the 2014 IIHF World Championship in Minsk

2014 IIHF World Championship Venues
The two main venues for the 2014 World Ice Hockey Championship will be Minsk Arena (the 15,000-seater inaugurated on 30 January, 2009) and Chizhovka Arena (delivered by 2013, the seating capacity around 7,700).
Minsk Arena 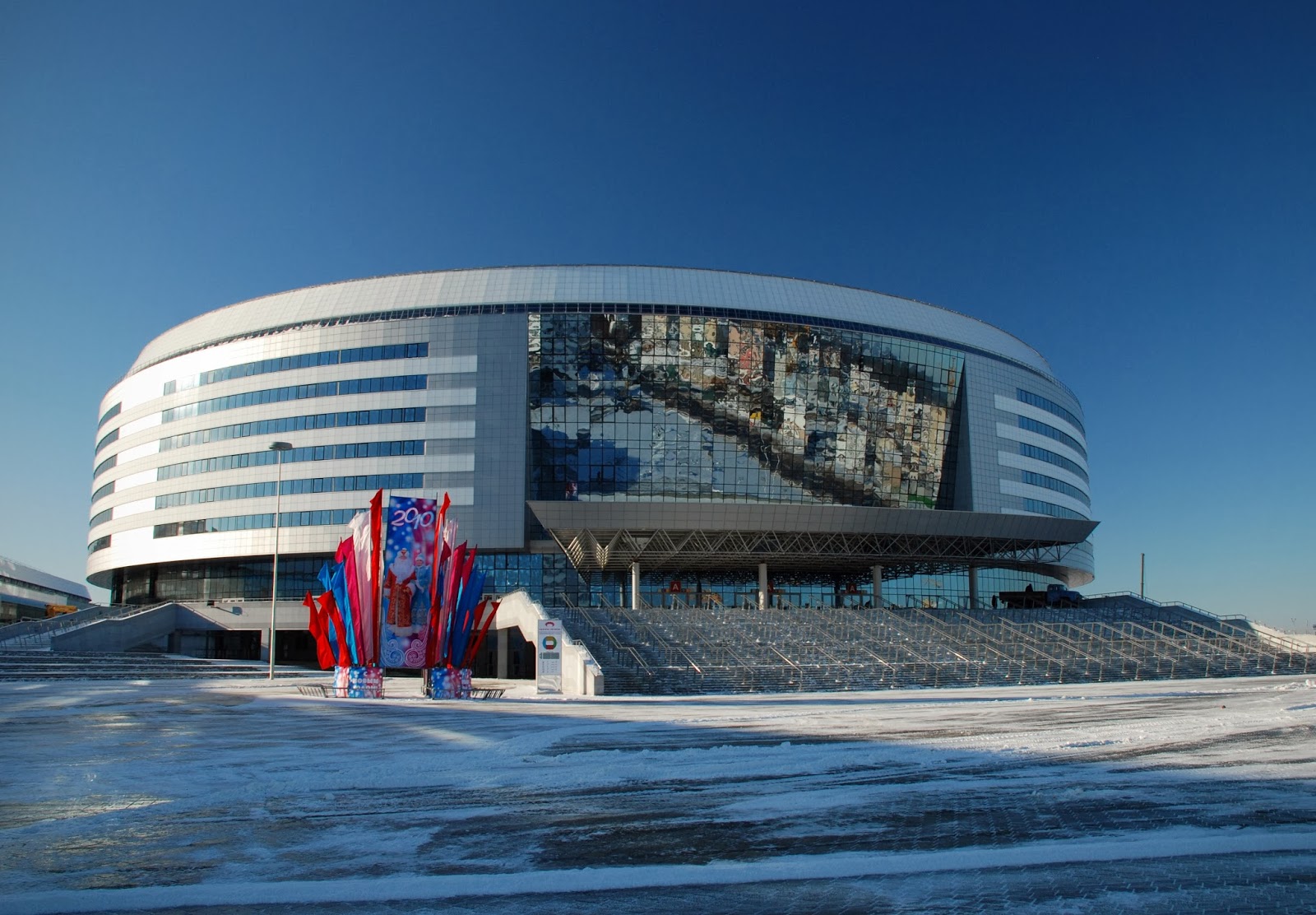 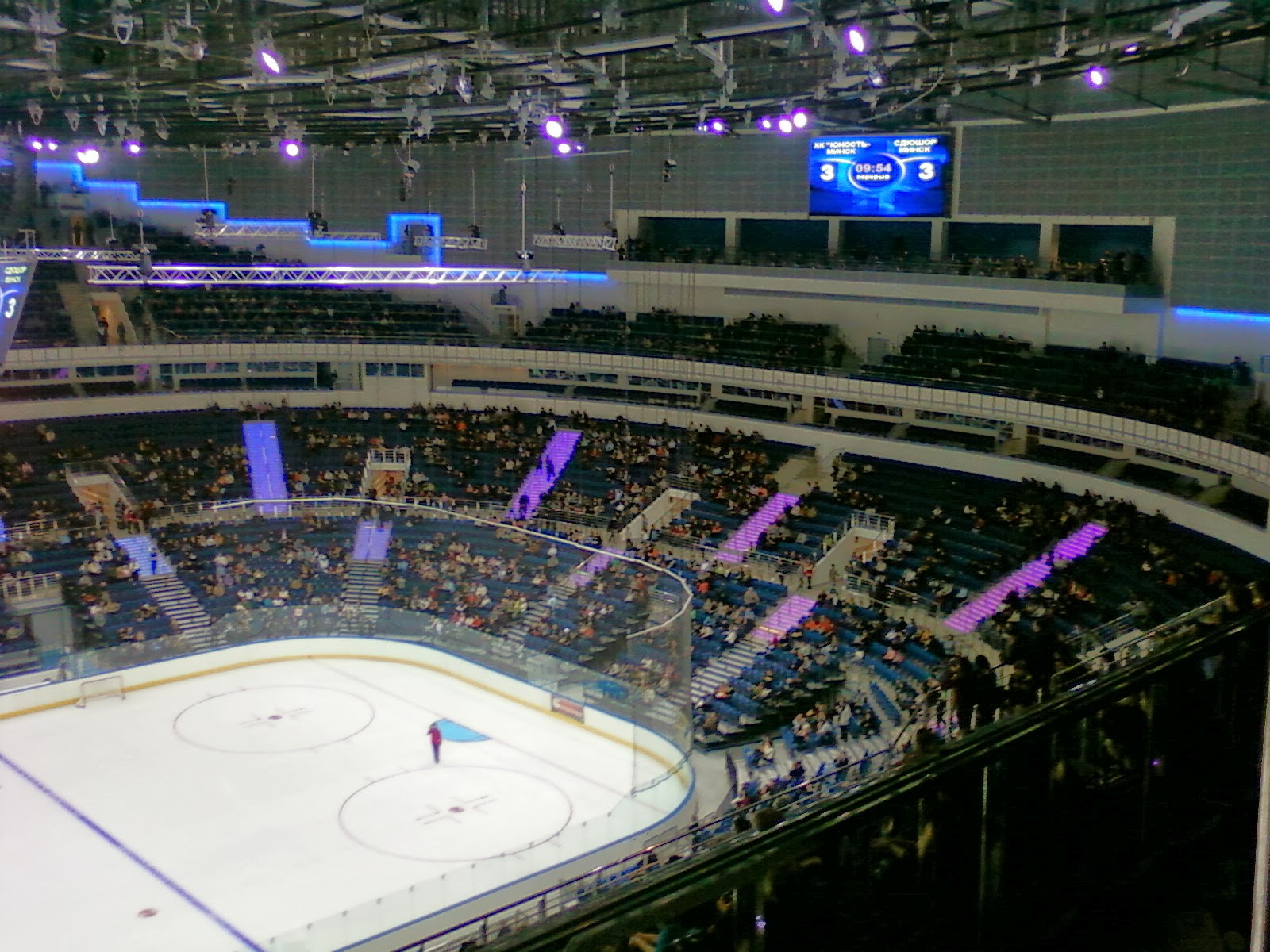 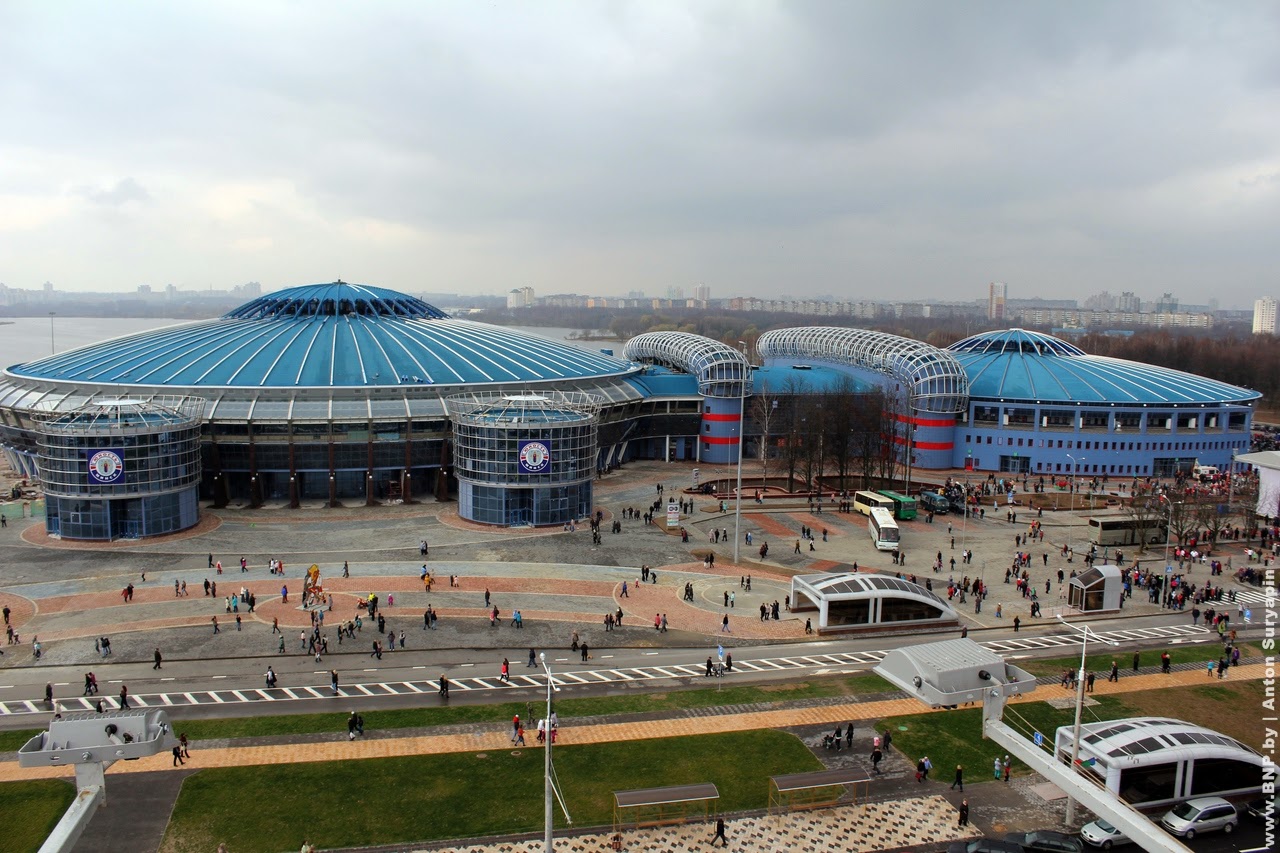 The 2014 IIHF WC playing scheme will remain the same as for the 2012 and 2013 tournaments. This means that 16 teams participating in the preliminary round will be divided in two eight-team groups. After the first stage four best national teams from each group advance to the quarterfinal.

Tickets for the 2014 IIHF World Championship are available at the box offices of Belarus and online. The organizers of the championship have concluded an agreement with foreign partners to sell tickets in other countries.
Автор: Migalayte на 23:33 No comments:

It will be very cold on Saturday and Sunday in Belarus. The temperature will drop to -29...-32 degrees Celsius. So be careful!
If you are going to visit Belarus, or had already arrived in our country, try to rarely go out.
If you need to go out, eat something before you leave home.
Don't drink alcohol and don't smoke.
Wear loose clothing, a hat, scarf and mittens. 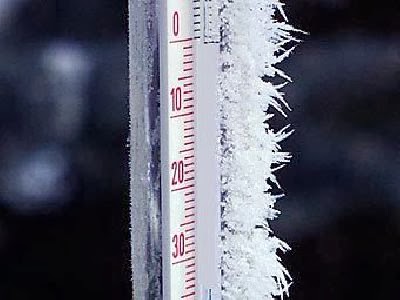 Art of the eggshell

Alexander Ryzhevsky is the Belarusian master thread on eggshells. This is the only master of this kind in our country. From the usual eggs Alexander makes a real masterpiece!

How much time is spent on the production? It depends on the size of the egg. Quail eggs are small, and Alexander can make 3 or 4 products in one evening. But ostrich egg is very large and the thread can continue 2 or 3 months.

You will see photos of some works of the master below. A large pile of photos!!!

Also you can find a link to a personal site of Alexander. There you can look for other work and make a booking. Prices are in Russian rubles. http://alexvatik.umi.ru/ 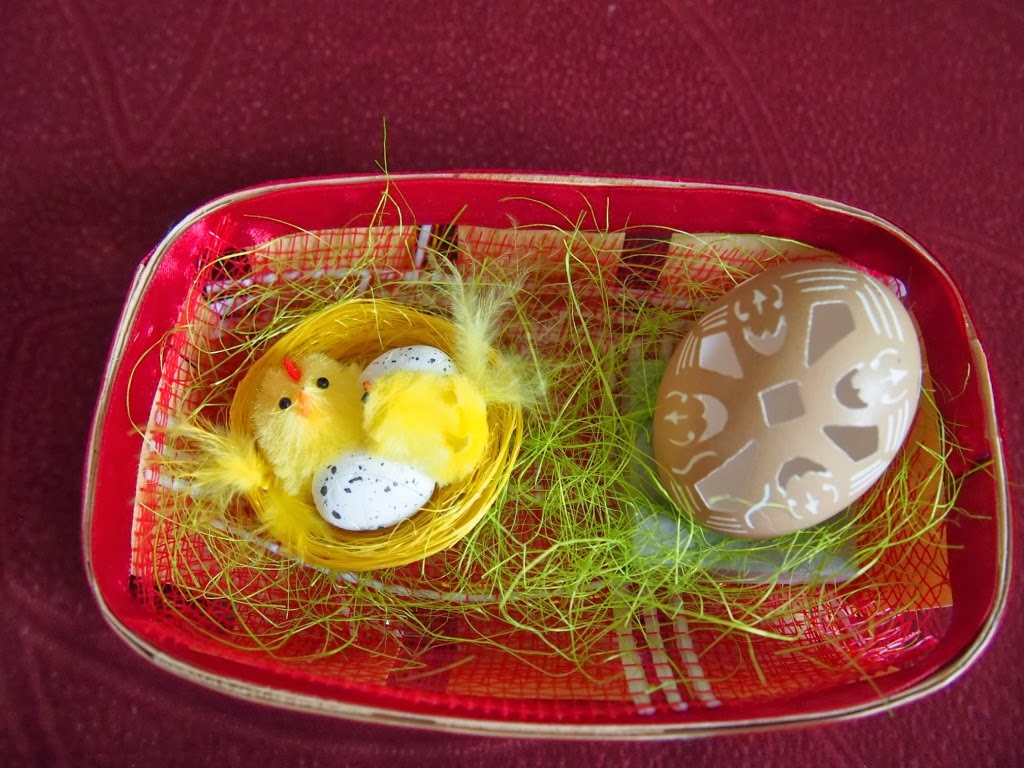 I congratulate you on the Orthodox Christmas!

Today will be a holy night. And tomorrow Orthodox people around the world will celebrate Christmas.

I congratulate the orthodox readers a happy holiday! And I give you a gift, you will see three videos. There are Belarusian Christmas songs and my favorite songs)

I congratulate all my readers!
This video is a gift to you. Chuck Norris wishes in Belarusian))