Belarus in the world movies. Top 10

I wanted to write this article for a long time . But every time something stopped me . And now I'm finally doing this : I 'm writing an article about Belarus in movies.

It turns out that my country is very popular in European countries and around the world too. It is often referred to in the movies . Here I will tell you about the most famous of them.

Read this top 10 to the end please! I put the most interesting in the bottom of the article.

1. Want to buy a warhead ? Just visit Minsk)))
John Travolta in Fishsword says that he can buy nuclear warheads in Minsk. When Belarusians watch this video warheads phrase often heard in radio stations. Thanks to the creators of the film, we laughed! 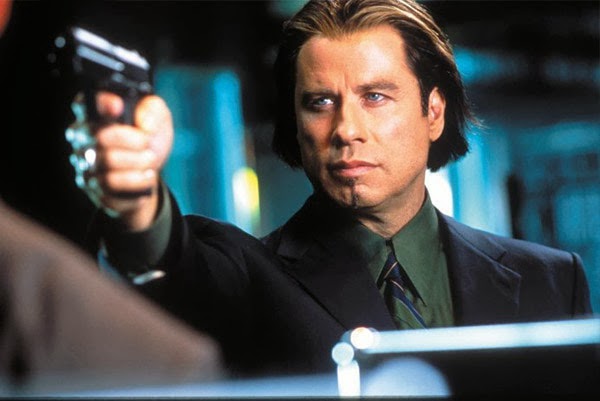 This song is playing in Belarus everywhere: on the radio, on television, in mobile phones (as a ringtone) ... Enjoy and sing with us!!!

And this is the famous wave.

We are still the eighth))) 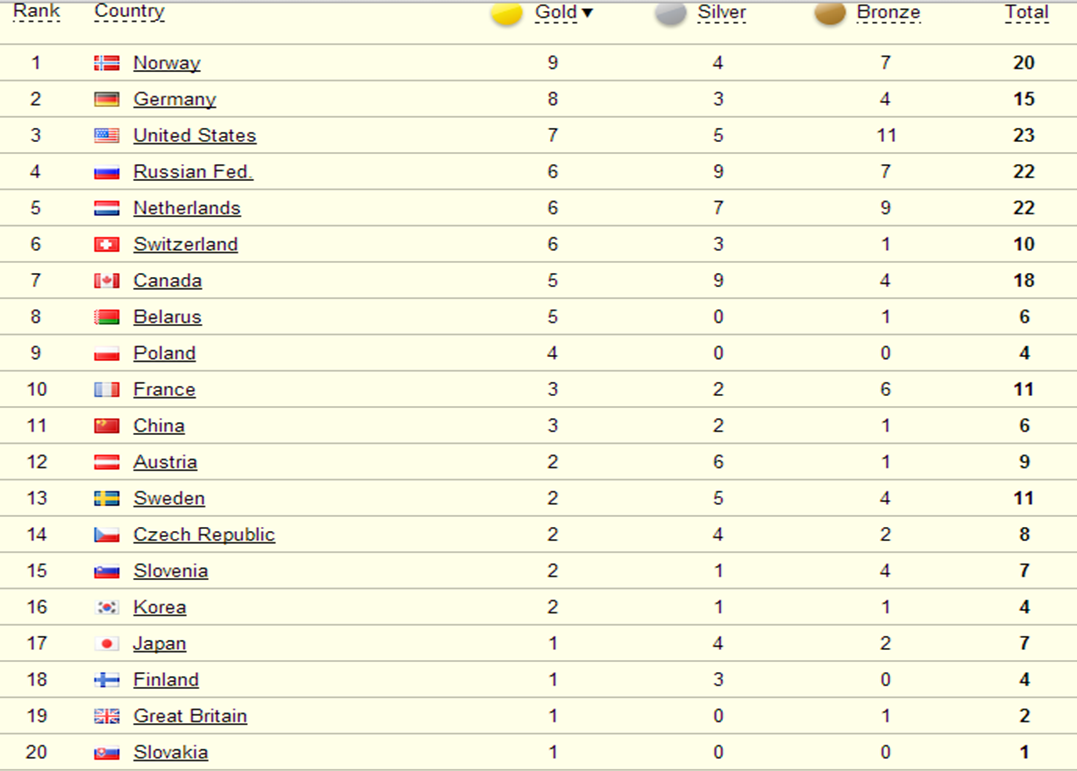 Mir castle is the main landmark of Belarus and, of course, in small city of Mir. It is an object that was inscribed into UNESCO World Heritage list in 2000. Built in beginning of 16th century at first it was for defensive purposes with the walls around. In 1568 castle was taken under the rule of famous rich Lithuanian family Radziwills. They changed castle appearance more to the palace view.

Castle has gothic renaissance style appearance. I like the way that all the towers of castle is different. Now some parts of castle are still being reconstructed, but it could be visited inside. We visited one tower and the ceiling with torture room.

You can take a virtual tour of Mir castle here: 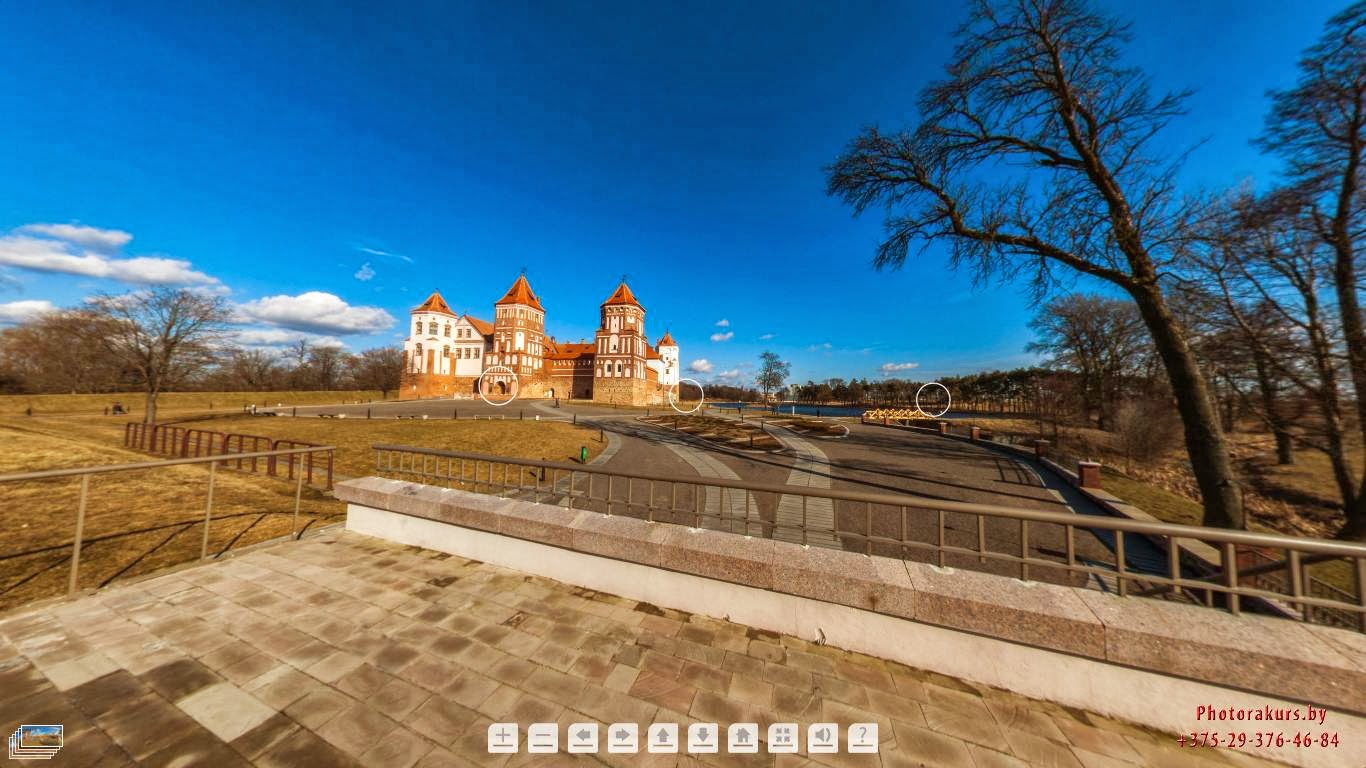 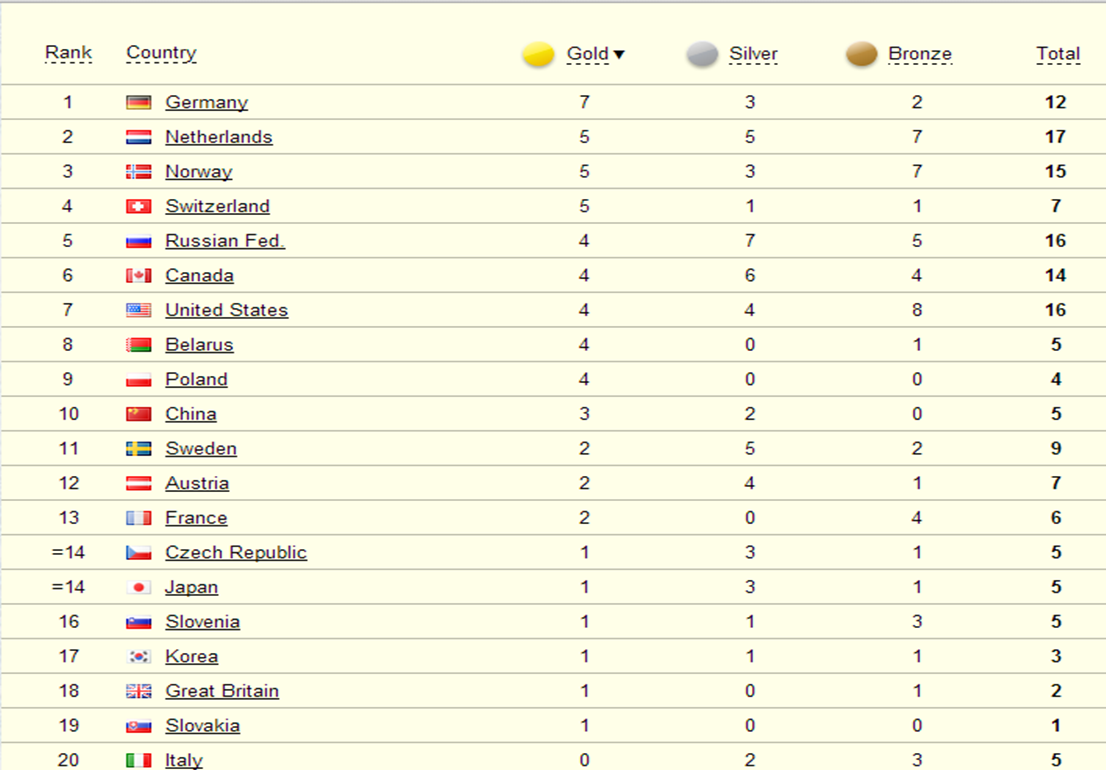 Email ThisBlogThis!Share to TwitterShare to FacebookShare to Pinterest
Ярлыки: sport

Darya Domracheva of Belarus has won her third gold medal at the Sochi Winter Olympics in the women’s 12.5km biathlon, securing her place as the greatest Belarussian Olympian of all time!! 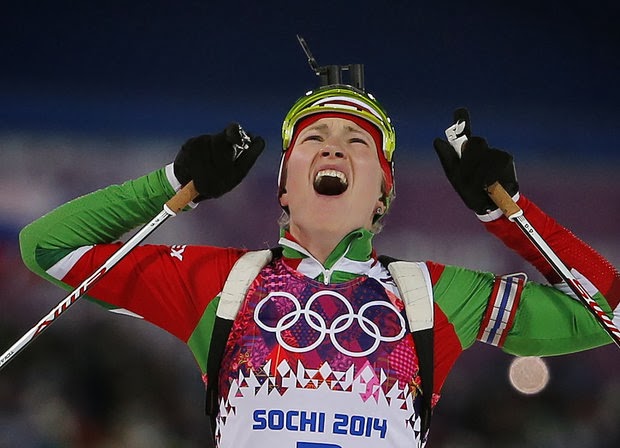 KRASNAYA POLYANA, Russia -- Darya Domracheva's unmatched pace at skiing earned the Belarusian biathlete her second gold medal of the Sochi Olympics on Friday.
In the women's 15-kilometre individual race, Domracheva missed one target -- the fourth in her opening round of the standing shooting -- but she easily made up the penalty minute for a comfortable victory.
Domracheva, who also won the 12.5K pursuit three days ago, finished in 43 minutes, 19.6 seconds -- and would still be in front had she missed another target. (from http://www.ctvnews.ca/)
Автор: Migalayte на 19:24 No comments: 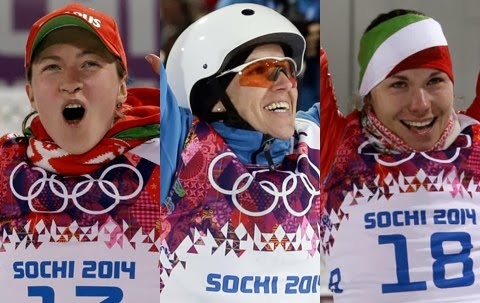 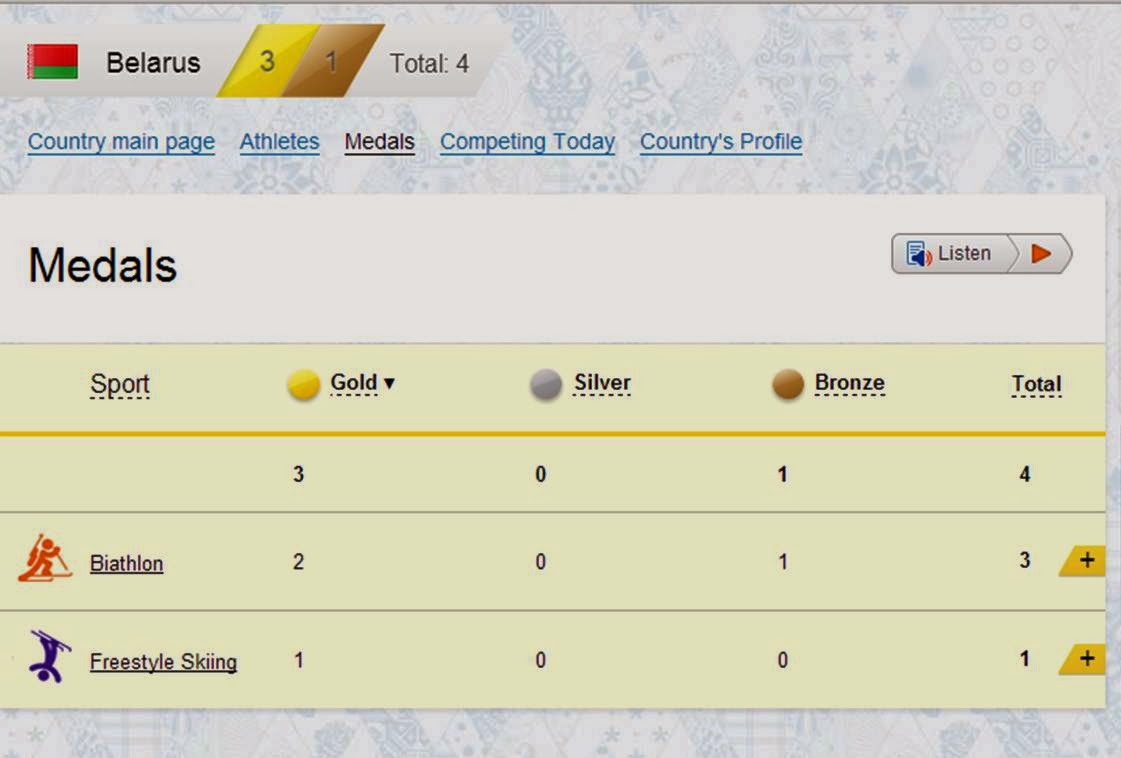 I'll tell you a story that happened in my school this morning. A little boy drew a beautiful Valentine card. The teacher asked him: "Who will get this card? Maybe the most beautiful girl in the class?"  - "No, - said the boy, - I will give it to my mom." 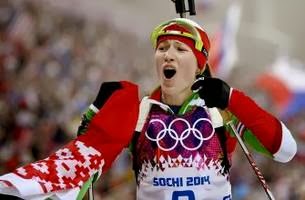 The leader of the Belarusian biathlon team put up a perfect performance in terms of both speed and shooting. She missed only once and clocked 29:30.7. Darya Domracheva started from the ninth position, with almost 40 seconds between her and winner of the 9 February 7.5km sprint race Slovakia’s Anastasiya Kuzmina. After the first stage Darya Domracheva moved into first place, which gave her even more confidence. So it did not come as a surprise that she shot clean at the second and third stages. The Belarusian missed only once at the last standing stage. However, her advantage was so big that one penalty loop was not a problem. Norway’s Tora Berger won silver, 37.6 seconds behind Darya Domracheva. Slovenia’s Teja Gregorin bagged bronze, 42 seconds back with one penalty.

Darya Domracheva won her first Olympic medal in Vancouver in 2010 when she claimed 15km individual bronze. The 27-year-old Belarusian also won two IBU World Championships (in 2012 and 2013) and took first place in many IBU World Cup events. For her achievements in the field of sport Darya Domracheva was awarded the title of Honored Master of Sports. This is the second gold medal Belarus has won at the Winter Olympics in its history. The first gold came after aerial skier Alexei Grishin’s successful performance at the 2010 Vancouver Olympics.
Автор: Migalayte на 20:53 1 comment:

The CNN has apologized for causing offense by including the centerpiece of the Brest Fortress Memorial in a list of the world’s “ugliest monuments.” 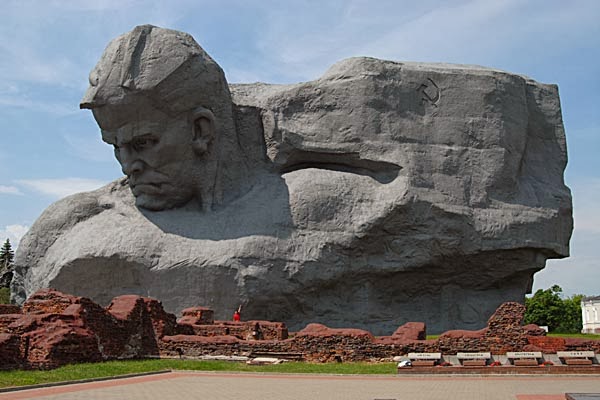 An article that appeared on the CNN website on January 23 ranks the Courage Monument second among 11 pieces of architecture and sculptures. The contribution by British cultural commentator Iain Aitch sparked a barrage of criticism in Belarus and Russia. On February 6, it was revised to include an apologetic message. “We understand that the inclusion of the Brest Hero Fortress in this article from a contributor has caused offense in Belarus and Russia,” the message says. “This was unintended and we apologize. The article was intended to be a light-hearted look at monumental architecture worldwide. CNN recognizes that the monument is of solemn significance to many people honoring the sacrifice of soldiers.”

The article initially described the monument as a “giant, angry Belarusian emerging from a mountainous block of concrete looks as if he`s about to thump the West into submission before hurling North America at the sun.” “He marks the defense of the Belarusian city of Brest and the Soviet victory in World War II,” the author said. “He also serves as a reminder not to mess with Belarus—ever. Others say he simply looks constipated.”

Editors subsequently replaced the last sentence in Mr. Aitch’s contribution with the words, “It [the monument] may not be beautiful but there`s no denying its scale and significance.”//BelaPAN
Автор: Migalayte на 21:44 No comments:

Belarusians are not afraid of the frosts

The last week of January was very frosty. The temperature dropped to -28 degrees Celsius. Frosts made ​​me wear a hat. And the hood too))) But the kids had fun this week: they were pining for snow, for real winter. So boys and girls, and adults were so happy. Snow and cold are excellent chance for skiing!
There is a very steep descent to the river in Chalč and deep ravine with good slopes there for school. Every winter, the local kids conquer these hills on sleds. Three years ago, I took the risk and moved down the slope of the ravine. It was very scary, because angle was about 70 degrees. I almost reached the bottom of the ravine, but I saw a baby on my way. I turned and ran into the bush! At high speed! I didn't hurt, of course, but it was very fun. Since then I have not descended from the hills)))

You will see the rest of Minsk residents in the coldest days. Photos taken from the site http://citydog.by/

And finally,  I loaded these photos  for 5 hours! Imagine that! So now I'm going to bed(( 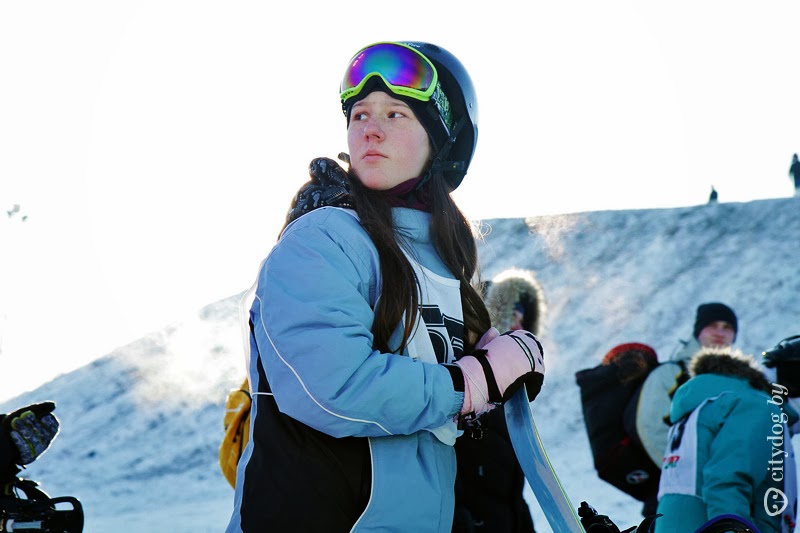